My trip to Italy

My trip started on Thursday, 21st March 2019 on 6 am. My class, my teachers and I went into the bus and two other classes drove with us to Italy. I sat next to Tuhana for the next 12 hours.

The ride was very cool, we made stops at Burger King and at places to go to the toilet. We arrived at 7 pm in Italy and walked to our hostel. The owners‘ names were Tamara and Rudolf and they had two kids: Alex and Daniel. I went in a room with Tuhana and Anne. The day was hard, so we went to bed early.

On the first day in Italy we had breakfast at 8 am. After breakfast we dressed ourselves with ski clothes and went into the skiing room. At the bus station we waited for the ski bus.

We drove the beginner slope with Mr Müller because it was the first day. At first I couldn’t drive very fast but later it was so funny! At 12 o’clock we made a break and went to the hut to eat something. I ate a pizza. After the break we drove further with Mrs Klee. At half past 3 we drove to the bus station with the gondolas. Back in our hostel we had a shower. After, my friends and I went outside to the supermarket. We took beautiful photos and bought ice cream. We ate dinner at half past 6 and went to bed at half past 9.

The next 2 days weren’t so funny and cool because I got sick and couldn’t go skiing.

But on Monday, 25th March, I was healthy again. On this day we were hiking and walked through forests. The snow was very deep and everyone had struggles to walk through the snow, but we laughed very much. Some time later we got a task. We had to build a snow sculpture and Miriam, Ruveyda, Elif, Tuhana and I built an ice cream but we didn’t win the challenge. We walked further and made a stop at a restaurant. I ate noodles with tomato sauce and my friends ate that or Kaiserschmarren. After lunch we could play in the snow.

We walked back home and went outside again. The dinner was at half past 6 and at half past 7 we had a little party. We played games with Mrs Hömke and had fun. We went to bed at half past 9.

The next day was the coolest day because we didn’t drive with our teachers, we drove alone with good skiing-children as coaches in Meransen. Annika, Emily, Hanna, Anne, Tuhana and I stayed left, so we were able to make one group. Annika, Emily and Hanna were the good skier-children and one of them chose one of Tuhana, Anne and me and so we drove with one partner. I had Annika as my coach and it was very funny with her. She told me the important things and tricks for skiing. In the beginning the snow was very good to go skiing but later, it was like applesauce and very difficult to drive on it.

This was the last and the funniest day. After we had been home and had had a shower we sat on the football place again. On this day we had a party after dinner. Our motto was “Assi“ and we were very ugly!

The best class trip ever!

On Thursday, 21at March the bus took us from school to Meransen, Italy.

When we arrived, we rolled our baggage to the pension and went into our rooms. I was in a room with Sara and Anne. Half an hour later we had dinner. It was delicious.

The next day we three had got ready for breakfast and went down to the dining room. Almost everyone of our class was already there. For breakfast, there was some cheese, ham, bread, butter and cornflakes with milk. When everyone had been full, Mr Müller, our teacher came in and explained us the course of the day.

For the first day, all the groups went skiing on the same slope because it was the easiest slope.

At the beginning it was hard to ski for the most children but they took their time and did better and better. A couple of hours later we made a break in a pizzeria and the pizzas were very, very yummy. I have never eaten a pizza like that before!

The second day was bad. Many people were sick and didn‘t come with us skiing which was a pity because we went skiing on another slope, Jochtal.

That was quite harder than the piste the day before. I had achings and couldn‘t ski as fast as the others. The best thing for me was the chair lift because it was another feeling and you were able to have a break and relax. Mr Willebrand, our ski teacher, who was earlier a teacher at our school, explained us everything and understood everything, which was very nice.

The hiking day was on the fourth day. Four boys of my class stayed at the pension because they were still sick or their legs/knees hurt.

We left at 9.30 am and walked to the gondolas which brought us to a station from which we went down the mountain to get to a restaurant. The snow was deep so many children fell into the snow with their leg and were stuck in it, me too. We hiked for about 15minutes and made our first stop. The teachers gave us a task; We had to build a sculpture out of snow. The best one, which was an armchair, won. My friends and I built ice with three ice balls, which was in my opinion, the best. 😉

On the fourth day, a small group in which I was too, went to Jochtal again. We wanted to ski more slowly than the other groups. It was difficult because it wasn‘t as easy as at the days before.

Sara, Anne and I fell down many, many times. Two or three hours passed. Then we got into the gondolas and drove to another mountain, Gitschberg. Our group drove down the piste there and arrived at a restaurant which was on the top of that mountain. Everyone had been there and they ordered something to eat. My friends and I too.

When I had finished my meal, I went to an edge of a little hill . We used it as a slide because it was a little bit steep.The boys pushed us down there and we rolled down the ‘‘slide‘‘. It was very fun.

In my opinion, the last day was the most fun day because we were allowed to go skiing without any teacher. We drove with students of our class who led the group. I was in a group with Sara, Anne, Hanna, Annika and Emily. Hann, Annika and Emily were our coaches. They picked us three; Hanna picked me, Annika picked Sara and Emily picked Anne.

The three girls can explain very well and you learn very quickly from them. Well done! ;)We were able to ski freely and this was cool. At the end we ate something and played at our slide again. The teachers had taken pictures of the classes , then we dove to the gondola station and went back.

The bus took us back to the pension. In the evening after the dinner we had our graduation party. Our class disguised as ‘‘assis‘‘ and played games. I thought that it would be more fu

Actually, it was the best class trip I‘ve been on! 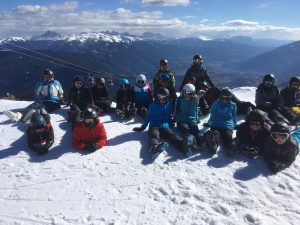 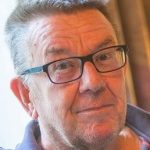 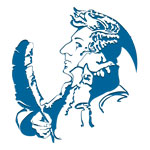 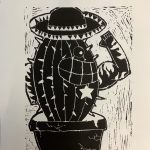 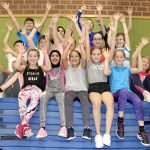 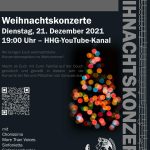 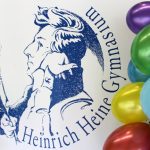 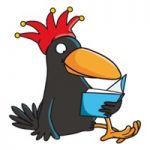 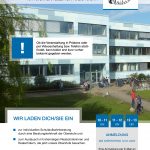